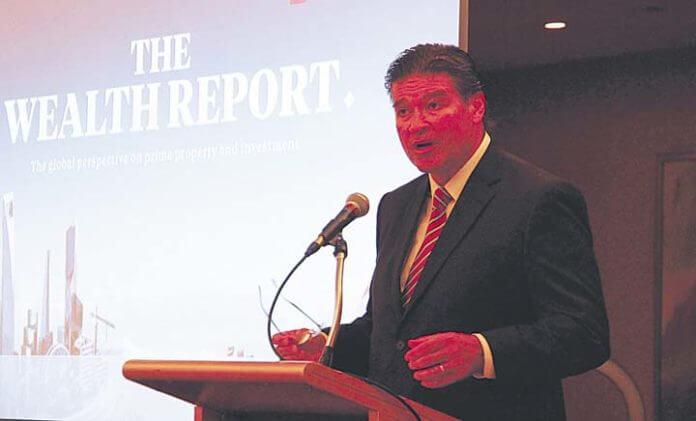 THE influx of investments from the mainland Chinese has been a major contributor to the growth of the country’s property sector.

With the significant influx of Chinese institutional investment in the country as the “Belt and Road” initiative driven by infrastructure projects across Asia, the opportunities abound. Combine this with the continued expansion of the United States multinational corporations powering the strength of the business-process outsourcing sector and it is no surprise that the Philippines is predicted to be one of the fastest-growing economies in the world in the coming years,” Santos Knight Frank (SKF) Chairman and CEO Rick Santos said in a recent media briefing held in Makati City.

Santos mentioned that Chinese investments in the Philippines have been gathering an impetus over recent years, following the first entry of capital through Chinese BPO operations. He stressed the state visit of President Duterte in October 2016 to China bolstered the investment drive of the Chinese. The visit of Duterte also enabled Manila to get secured pledges amounting to $24 billion to finance several infrastructure projects, such as toll roads and railway systems, along with other investments.

Santos said the domestic sector also continues to show consistent growth, as the Manila commercial market showed no signs of slowing down as vacancy rate stayed below 5 percent during the first three months of 2018. Further, Santos added, office vacancy rates continued to hold back despite continuing development activity as local and offshore tenants drive strong levels of office demand. Santos said rents rose to 22 percent, resulting in a weighted average of P986 per square meter a month.

“Despite  global headwinds, including a rise in interest rate environment, the continued rebalancing of the Chinese economy and tensions around trade, the region is set for further growth in 2018, with wealth increasingly being accumulated through new sources of growth, including technology-related industries,” Holt explained.

Meanwhile, high net worth individuals from Malaysia, Singapore, and South Korea have property assets in the Philippines. He noted a strong interest regime has also been reported in Hong Kong.