Find your next office space in Cavite or Iloilo 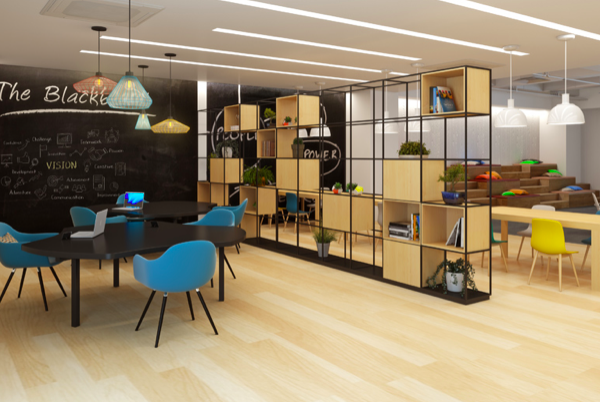 Bring your businesses to next wave cities from Megaworld Premier Offices’ One Corporate Place in Cavite and International Corporate Plaza in Iloilo.

MANILA, Philippines — As government planners look for ways to decongest Mega Manila and encourage economic activity outside of the metropolis, property giant Megaworld—through its office development arm Megaworld Premier Offices—is offering two very promising alternatives for small and medium enterprises and even corporations to set up shop in emerging urban growth areas around the country.

Already with a solid reputation for its integrated township developments in different parts of the Philippines, Megaworld is now putting its magic to work in creating new growth centers outside of Luzon’s premier metropolis.

Expand your business at this Makati-inspired CBD in Cavite

Much nearer to Mega Manila and more convenient for businesses that want to be near the center of economic activity in Luzon, Megaworld’s 140-hectare Maple Grove township will highlight accessibility and sustainability as the keys of every business to achieving economic progress.

This first-class urban township in General Trias City in Cavite—which belongs to the Calabarzon (Cavite, Laguna, Batangas, Rizal and Quezon) region, the second largest contributor to the Philippines’ GDP—has everything that both an emerging and an established enterprise needs.

The township is easily accessible from Metro Manila via the Coastal Road and CAVITEX.

At the heart of Maple Grove central business district will rise the 17-story, 93-unit One Corporate Place office tower. The office development is tailored-fit for a variety of businesses, including those from the health and wellness sector, technology, banking and finance, business process outsourcing, and even media and creative agencies.

“Maple Grove’s rising business district in this side of Cavite allows companies to thrive and grow within a green and sustainable community where everything is integrated and within reach. The entire development itself, as in any other townships that we’ve already built, will be walkable from one office tower to another, or to the mall, residential towers and parks that we will build around the community,” Rachelle Peñaflorida, Megaworld’s vice president for sales and marketing, assures.

The entire building will be fiber optic-ready and has been designed with sustainability features that include a roof deck garden, use of energy-saving LED lights in common areas, use of dual-flush type water closets for common toilets, and its own material recovery facility (MRF), that allows waste segregation and recycling.

“Owning an office space in Maple Grove would be a wise move, especially now that General Trias is fast becoming a key growth area of Cavite. In five years, we expect rental prices to go up as more developments rise within the township,” Peñaflorida said.

Aside from the commercial district, residential properties and green parks around the development, Maple Grove will soon have its own lifestyle mall, commercial centers, and office towers.

As the Duterte administration tries to spread out economic development throughout the entire archipelago, small and medium businesses that prefer to pioneer growth in the Visayas now have the golden opportunity to ride on the physical and economic revival of Iloilo.

This is being made possible by Megaworld through its latest office tower in the Visayas located inside the Iloilo Business Park. With 301 prime office units for sale, opportunities abound for start-up companies, investors and established enterprises that want to set up operations in Iloilo’s newest central business district.

The 19-story International Corporate Plaza in Iloilo offers prime office spaces ranging from 26 square meters to 65 square meters. With an average price of P155,000 per square meter, the tower will house “managed facilities” at the sixth level, which include two boardrooms, three meeting rooms, co-working and breakout areas, an executive lounge, and a skygarden.

Another skygarden will also be built at the tower’s rooftop, providing a refreshing, tranquil view of the bustling Iloilo cityscape, as well as Guimaras Island.

According to Jennifer Palmares-Fong, vice president for sales and marketing of Business Park, the International Corporate Plaza “will be the most modern and state-of-the-art office tower in Western Visayas, where companies including entrepreneurs can own their office spaces and enjoy generous facilities never before seen in any office building in the region.”

The International Corporate Plaza will rise within the township’s nine-hectare commercial and boutique hotel district. It will have a four-level parking podium, as well as retail spaces and an arcade area at the ground floor. Keycard-enabled turnstiles will provide enhanced security for the building’s main lobby, and RFID cards will be used to secure the parking areas.

The new office tower will also be fiber optic-ready, and equipped with its own seismic detection and monitoring system, building management system (BMS), 24-hour security and will have a fire command center, fire security system, and a 100-percent back-up power facility.

The enhanced security and safety features, Palmares-Fong highlighted, is another first in Western Visayas.

Aside from the skygardens, the International Corporate Plaza will also have green and sustainability features that include the use of LED lighting in the tower’s common areas such as hallways, lobby and amenity floor; use of dual flush-type water closets in common toilets, and a materials recovery facility (MRF) for proper waste segregation and recycling.

The tower is scheduled for completion in 2024. Megaworld is projecting to generate P2-billion in sales from this latest addition to Iloilo Business Park.