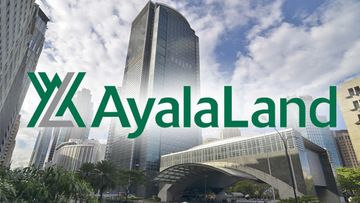 The Securities and Exchange Commission (SEC) has approved the P15 billion initial public offering of a real estate investment trust (REIT), with Ayala Land, Inc. as sponsor, subject to some conditions.

The Commission En Banc considered favorably the registration statement of AREIT, Inc. for 1.09 billion  common shares for listing and trading on the Main Board of the Philippine Stock Exchange under the trading symbol “AREIT.”

The SEC said it shall issue the corresponding Order of Registration and the Permit to Offer Securities for Sale upon determination that the company, formerly known as One Dela Rosa Property Development, Inc., has complied with the remaining requirements.

The registration statement covers up to 47.86 milion new common shares and up to 409.02 million existing common shares for public offering, with an overallotment option of up to 45.69 million secondary shares, at a maximum offer price of P30.05 apiece.

AREIT may run the public offering from July 27 to 31 and debut on the Philippine Stock Exchange on August 7, based on the latest timetable submitted to the Commission.

AREIT could raise P1.33 billion in net proceeds from the primary offer for the expansion of its building portfolio through the acquisition of a fourth building, Teleperformance Cebu, excluding the land, from a subsidiary of the sponsor or an alternative property from the sponsor or any of its subsidiaries or affiliates.

Ayala Land, meanwhile, could net about P13.31 billion from the secondary offer, assuming full exercise of the overallotment option.

As required under the Revised Implementing Rules and Regulations (IRR) of Republic Act No. 9856, or the REIT Act of 2009, the sponsor shall reinvest the net proceeds in real estate and/or infrastructure projects in the Philippines within a year.

Assuming full exercise of the overallotment option, the public offering would allow the public to own 40 percent of the issued and outstanding common shares of AREIT.

Ayala Land will retain a 41.61 percent shareholding in AREIT, while its subsidiary AyalaLand Offices, Inc. will own the remaining 9.39 percent upon completion of the public offering.

At present, AREIT’s property portfolio consists of three commercial buildings, excluding the land on which they stand, namely Solaris One and Ayala North Exchange and, as of February 1, 2020, McKinley Exchange via lease from the sponsor.

AREIT Fund Managers, Inc., formerly AyalaLand Commercial REIT, Inc., will manage the assets of AREIT with a focus on generating rental income and increasing the company’s assets over time.

Meanwhile, AREIT Property Managers, Inc., formerly Next Urban Alliance Development Corp., will manage the leases, market the properties, and oversee the maintenance and repair of the structure and utilities of the properties, among others.

Article written by James A. Loyola from Manila Bulletin